Welcome to our latest newsletter.  We hope you enjoy reading this edition.  We would love to hear from you if you have a story, announcement or any contribution to the newsletter.  Please forward any suggestions and contributions to info@superiorradiators.com.au.

A word from the director ….

I am pleased to introduce to you our latest newsletter.  Our newsletters feature various articles and we try to keep you up-to-date with all the latest news, services and product information relating to our products, suppliers and brands, news and events, technical information and much more.

Our newsletter is also a way of keeping you in touch with what we’re doing and any new information that comes our way that may be of interest/benefit to you.  Over the next few months, we seek to present varied topics relevant to what’s happening in the world of specialist repairers today.  We hope you enjoy reading the information we are supplying you, and look forward to your feedback and comments.

All past editions of our newsletters are available for viewing fromwww.superiorradiators.com.au.

Considering the mild winter we’ve had this year, I think it would be safe to say that we are heading for a warmer than average summer this year.  Something to consider before we get into those warmer months, is to get your air conditioning and cooling system checked out now rather than later.  Many people seem to forget about doing it, only to find on a sweltering day, their radiator overheats or the air con doesn’t work or worse still, is blowing hot air!

On a separate note, with Christmas fast approaching, we’ve decided to have a bit of a break this year and close up from midday Saturday 21st and re-open on Monday 6th January.  If there are any special requirements you may have during this period, please call me so that we can try and accommodate you as best we can.

Recently we have undertaken work to modify some truck fuel tanks.  We had to incorporate a hydraulic oil tank into the existing diesel tank forming a dual purpose tank.

We removed the end cap of the tank and welded in 2 new bulkhead baffles to split the tank into 2 compartments, welded in 2 BSP sockets for a feed line and return line for the hydraulic oil tank and fitted a vent and filling point for the top.

We then re-welded in the end cap, pressure tested the tank and returned it to the customer.

We can also repair damaged or leaking fuel tanks including diesel and petrol.

We recently fabricated some aluminium fuel tanks to our customers’ specifications.

A customer brought in a long range fuel tank off a 4WD Hilux that he had purchased.  It had stale fuel in it and was rusted internally.

We cut open the tank by removing some panels, sandblasted the tank inside and out and rewelded the panels back in.  It was then pressure tested, primed and repainted.

The tank still looked original because we only removed the panels that we originally welded from the manufacturer.

We can also use this process to clean fuel tanks for trucks, buses and most vehicles.

The original Cowley, introduced in 1915, was a cheaper version of the first Morris Oxford and featured the same “Bullnose” radiator.  To reduce the price many components were brought in from United States suppliers which proved cheaper than their UK equivalents. The 1495cc, side valve, four cylinder engine was by Continental and the three speed gearbox by Detroit.  Supplies of these components was badly affected by World War I. The suspension used semi elliptic leaf springs at the front and three quarter elliptics at the rear.

The last example of the model, using up the original engine supply, was made in 1920.

The Bullnose radiator was replaced by a flat version in 1926 in a new version of the car with all steel bodies becoming available.

Production of the Morris Cowleys was from 1915 to 1926 and during this time, approximately 1,400 were made.  I believe there are about 21 cars in Australia.

What a coincidence we had 2 of these radiators within a week of each other from 2 different people!!!  I put them in touch with each other so they could import the cores from England and maybe get a discount for buying 2 cores.  They shared the cost of the freight.

The radiators have now been recored and are ready to return to the customers.

The 17th of November will mark 40 years of my being in the radiator industry!

I finished school on the 15th of November 1973 and was looking forward to having a good break until I started my apprenticeship as an electrician in the first week of February.

When dad arrived home from work that night, he asked me how I went in my exams and what my plans were for the next 8-9 weeks.  My reply was I was going to have a holiday.

Dad had other plans for me and the next morning I was at the Commonwealth Employment Service looking for a job until I started work as an electrician!

On the 17th November 1973 I started work at ABC Radiators on Canterbury Road, Bankstown.  Late in January I got a phone call from the electrical company informing me that the contract they were hoping to get had fallen through and that they were unable to employ me.

I tried several other firms to gain an apprenticeship, including mechanic, air conditioning and refrigeration mechanic, all to no avail as all the positions had been filled.

I decided that I would try again later in the year for the next intake of apprentices, however, because I was a year older, nobody wanted to employ me.

I had continued working in radiator repairs and was enjoying it and now 40 years later, I’m still enjoying it!

Here are some photos of our current premises on Seton Road from the early days!

The factory has undergone many changes over the last 31 years.  We originally shared the building with a tool making company and as shown in the photos above.  We had a gravel driveway and smaller front parking area as well as a raised garden bed.

A few months back the garden bed was reduced to a much smaller size and the carpark was expanded.

As we could afford it, we would concrete slabs one by one until we had it finished.  You can see half of the driveway done in the image below.

These days the driveway is complete, big roller doors have been installed with the building extension and the building itself has now had a complete makeover both internally and externally.

Photos from inside the factory back in the early years along with a few memorable characters that have worked with us!

As for the photos of me, I don’t know why I agreed in letting Lara publish them.  Enough said!!!!!

As you can see in the image above, the factory has ‘opened’ up a lot more; the windows allow more light in these days along with the skylights, brighter lighting and painted walls.

The Dakar is one of the world’s most demanding international rally events held along the west coast of South America.  The 2013 event saw Adrad-cooled competitors achieve success in a variety of vehicle types and class groups.  Geoff Olholm and Jon Aston in their Cairns Coconut Holiday Resort Racing Toyota Hilux finished third in their class and achieved 11th outright.  This is an outstanding result and a testament to the durability of their vehicle to withstand the extremely punishing conditions of the Dakar.

John Maragozidis is no stranger to tough racing conditions.  He relies on a custom made Adrad high performance radiator to keep his modified Polaris quad bike cool in the heat of the Australasian Safari.  In the 4 times John has competed in this 9 day endurance event, he has achieved two wins and one second place.

Adrad is Coolest on the Mountain in 2013!

This world famous race is the ultimate test for V8 Supercar durability.  During over 6 hours of relentless punishment, the cars negotiate over 3,200 corners, travelling 1,000 kilometres at speeds up to 300kph and climb a vertical total of 28km.

FPV’s V8 Supercars rely on Australian made Adrad cooling to control temperatures in both the engine and the new transaxle transmission introduced for 2013 with the “car of the future” specifications.  Adrad manufactures high performance alloy radiators and oil coolers at Currumbin, QLD.

My radiator is leaking, what can I do?

Do not try to use a putty-type product to seal a leak.  Bring the radiator to us for an assessment.  We will first do a pressure test to see where the leak is and advise you if your radiator is in a reasonable condition to be fixed.  This may involve changing either the top or bottom tanks, or doing a re-core.  This is where we are able to get a core manufactured to exactly match your existing one, then use your tanks to re-core your radiator.

Can I top up my radiator with old coolant?

No.  if you have coolant already in your radiator, ONLY top it up with deionised or de-mineralised water.  Using coolants incorrectly can damage your radiator.

Why should I use a fan shroud?

Without a fan shroud, the only part of the radiator that would work at idle speed would be the area where the fan was located behind the core.  The shroud helps ensure that air is pulled through the complete core, resulting in better performance.

What are some things I should look out for…..

Overworking the engine – The cooling system in many passenger cars today are marginal and have little excess capacity to handle extra heat generated by towing or high speed driving in hot weather.

Sounds in your radiator – These can have different causes.  If you constantly hear the sound of running water in your radiator, it is more than likely that you have air in your installation.  Your radiator can also make a ticking sound.  This is mostly due to the contact of the brackets with other materials, such as the radiator itself.

View all posts by: superior 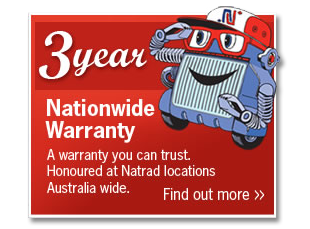